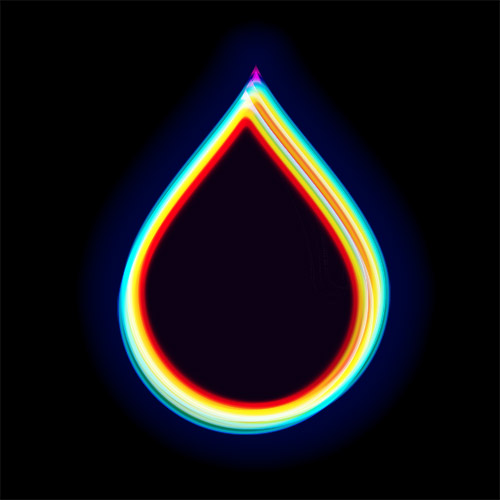 Life is never quite as straight as it seems... 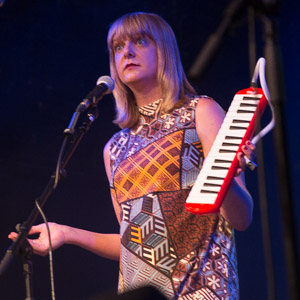 While her debut album was a cathartic disco driven autobiography, The Bleeding Obvious' new work Rainbow Heart seeks to breakdown issues of labelling and categorizing people into antiquated social norms.

"The music - and by extension, the show - came from my own desire to find out what little tick-box would best describe myself." she says. "It's far from black-and-white, and the more you try and apply labels, the more you get lost in a maze of terms."

Both the album and show have been written with needle-like precision and care: every beat, every quirk and nuance is there for purpose and design. Jess interviewed over 90 different people on the LGBT spectrum - gay, lesbian, bisexual, transgender, queer, intersex, questioning and more, both in and out of the closet. Tracks such as Your Own Internal Inertia and Over The Top feature narratives and soundbites from a wide range of voices.

She's been busy then. "There are so many stories and tales about the coming-out experience, both positive and negative. I was anxious to get as many sides of the story as possible - not just from the first declaration, but what happened a few years down the line, even. Reactions from friends, family, colleagues, that first time you go dating, all that sort of thing."

Jess' humour is littered throughout the new album. Her deadpan delivery and knowing wit, have drawn comparisons to both Tim Minchin and Victoria Wood.

Whilst the album and show is very LGBT centric, the themes are universal, about strength, integrity, life and the little things that get us by day to day. It has been described as a one-woman showstopper, at times heartbreakingly honest, whilst remaining optimistic and giving a platform to those who have none. Previews of the work have been played live at LGBT fringe events with positive applause and feedback.

Rainbow Heart couldn't be a more apt name for a show and album, so full of colour and optimism. Jess is quite candid about its origins, "It was a working title originally, although as time went on it became more and more apt: everyone has a rainbow heart inside them, they might not know it but everyone's on that spectrum somewhere."

So, what label did Jess find to best describe herself? She laughs. "You'll just have to come see the show to find that out!"